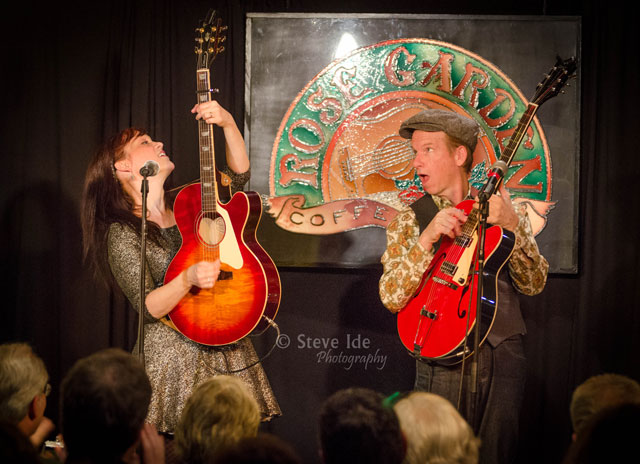 Two of our favorites return! At well over a million miles of roadwork, including two stints as members of Nanci Griffith’s Blue Moon Orchestra, Pete and Maura Kennedy show no signs of slowing down either on tour or in the creative realm.

The show on Oct. 17 will be streamed on Facebook and on YouTube. Details to come. The show will be free, but since they’ve lost all their gigs in this age of pandemic, we’ll be offering up a tip jar for those who are able and inclined.

Originally based in Austin, Texas, they spent a few years in the Washington DC area before moving to the East Village in New York City, where they have been based for most of the last two decades. The Kennedys are known nationwide as the hosts of the late lamented Dharma Café program on Sirius Satellite Radio, and on Broadway, they are regular cast members of Theatre Within’s annual tribute to John Lennon — working in that capacity with Patti Smith, Debbie Harry, Jackson Browne, Cyndi Lauper and a host of others.

Life on the road and time spent in the creative ecosystem of the Village have informed their songwriting over the course of 14 duo albums and half a dozen side projects, and Safe Until Tomorrow is true to that tradition. What sets the album apart is the inclusion of several anthemic, rocking songs of social consciousness that convey a strong message best summed up in one of the song titles: “Be Silent No More.” The Kennedys’ music has been described as uplifting, empowering and encouraging. In these turbulent times, they rise to the occasion with Safe Until Tomorrow.