Their performance is appealing to all ages, and with humor, audience participation, and a relaxed stage presence, Aubrey and Elwood explain song origins to create a deeper understanding of the music and its cultural history. And, because they have such an extensive repertoire, special programs and workshops can be tailored for festivals, schools, colleges, libraries, women’s history, and holidays.

See photos and videos from their most recent Rose Garden appearance. 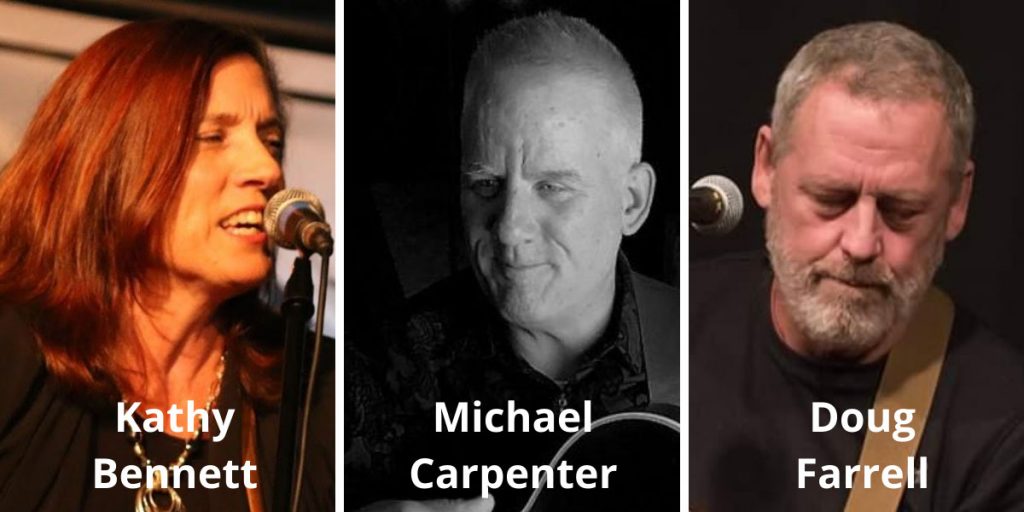 Join us before the Atwater-Donnelly show for our annual Performing Songwriter Competition, featuring finalists:

Kathy Bennett, of New Hampshire, is one half of the New England folk duo Bennett and Perkins. They play concerts, fairs and festivals and are singer songwriters with strong vocals harmonies and impressive guitar work. Bennett writes observant songs of real life stories of love and loss.

Michael Carpenter, of Massachusetts, sings stories to audiences all over. His influences include roots music from Jim Croce, Willie Nelson and Gordon Lightfoot as well as soulful rock singers like Robert Palmer and Paul Carrack. You can expect grab-ya lyrics and sing along choruses in his songs.

Doug Farrell is a songwriter from New Hampshire who’s been described as “John Prine meets John Gorka.” His guitar work has been described as “flawless” and his songs as “poetic and heartfelt.” He has been featured on NHPR’s Folk Show and is the winner of several New England songwiting contests.

The contest will be streamed on Facebook and YouTube prior to the Atwater-Donnelly show. The winner will be announced at the end of the night.